CRIS Radio Announces New Members to its Board of Directors

Windsor, Conn. – CRIS Radio, a 42-year-old nonprofit and Connecticut’s only radio-reading service for people who are blind or print challenged, has added four new members to its board of directors. They are: Rosa Cassells, Carla Pariser, Benjamin Schimelman, and Gonmit Sehmbi.

“We are pleased to announce the election of four new members to CRIS Radio’s Board of Directors, said CRIS Board Chair Paul A. Young. “These new members enhance the diversity and expertise of our organization’s work to improve access to print information through our 24/7 broadcasts, podcasts, and online streaming of more than 70 newspapers and magazines, including Spanish language publications and children’s magazines, to the state’s vulnerable population who are blind or unable to read due to other print disabilities.”

Cassells, an East Hartford resident, is an underwriter for American Eagle Financial Credit Union. Prior to being elected to CRIS Radio’s Board of Directors, Cassells, who learned about CRIS Radio through Leadership Greater Hartford, initially served CRIS Radio as a Spanish-language volunteer reader.

“CRIS is unique, inspiring and simply put, benevolent,” she said. “It is especially meaningful to me that CRIS has made gains to provide access in Spanish with CRIS en Español, minimizing communication barriers.”

Another long-time CRIS Radio volunteer reader, Pariser, also expanded her service to the nonprofit through her election to its board. A resident of West Hartford and retired client executive in global sales and marketing at IBM Corp., she has been a volunteer reader for 15 years.

“CRIS provides such a valuable service and has such dedicated employees and volunteers that I wanted to be a part of the bigger picture,” Pariser said.  “I continue to be delighted and amazed at the myriad activities that CRIS coordinates and hope to be of service.”

CRIS board members, Schimelman and Sehmbi, also were introduced to CRIS through Leadership Greater Hartford, another local nonprofit. Schimelman, an attorney with Gfeller Laurie LLP, lives in Middletown, said he was impressed with the creative way CRIS uses technology to help people. “CRIS provides a critical means for people who are unable to read printed materials to stay connected with current events around Connecticut and the world, but it is so much more than that. CRIS has successfully broadened its reach beyond radio to be accessible anywhere over the internet; it is also available in healthcare facilities and to Spanish-speaking listeners,” he said.

Sehmbi, a resident of Newington, is a brand innovation associate for Melissa & Doug. “I look forward to helping the organization strategize its future goals with the needs of its listeners,” she said. “By growing the awareness of its mission and building more external partnerships in Connecticut and beyond, CRIS Radio is sure to become a national model for other radio-reading services.” 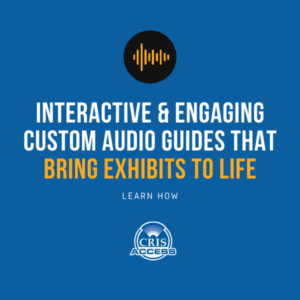